A Utopia in the Cumberlands

In Victorian England, the younger sons of landed British families had no rights to inheritance and few socially acceptable options for work. Author and social reformer Thomas Hughes dreamed of a Utopian community where such sons could, through agriculture, build a community free of rigid class distinctions. 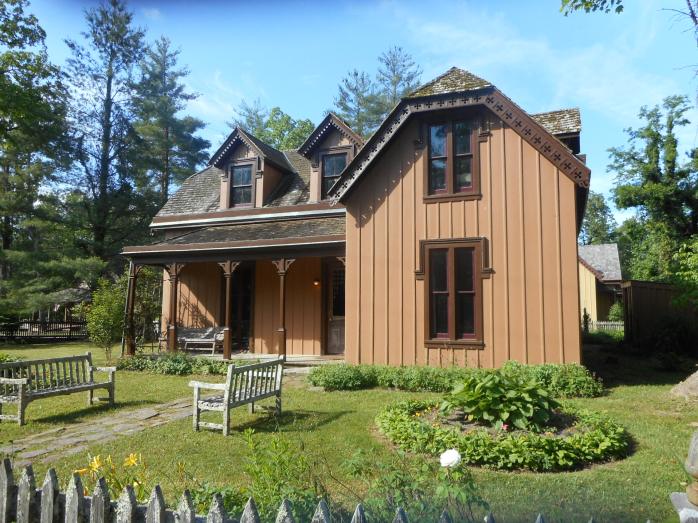 In 1880 he founded the Rugby Colony on the Cumberland Plateau to realize that dream. Within four years, more than 300 residents led a rustic, yet culturally refined life amongst more than 60 graceful Victorian buildings.

Literary societies and drama clubs were established. Lawn tennis grounds were laid out and used frequently. The grand Tabard Inn became the social center of the colony and the Thomas Hughes Public Library, with thousands of volumes donated by admirers and publisher, was the pride of the colony.

But financial troubles, land title problems, and unusually severe winters gradually brought about the colony’s decline. By the end of the 19th Century, most of the original colonists had departed.

The few families who remained took great pride in their heritage, maintaining Christ Church and the Hughes Library. In 1966, preservationists determined to save what was left of the town and began raising money to do so.

Today, due to their efforts, Rugby survives as a quaint artists’ colony and historic example of Victorian architecture. Though in and of the Appalachian region, it remains an island of difference that is unique to the Cumberlands.

We’ll take time to visit the shops and cafes and you’ll be free to roam the town and the public sites. We won’t be taking the formal guided walking tour on this visit, but will be in Rugby for about an hour and 10 minutes.