This site is completely off the beaten path and it’s doubtful that any of our tour participants have ever been here. We intentionally took this route to stop and pay tribute to one of America’s most celebrated military heroes.

You may have seen the 1941 Howard Hawks film Sergeant York, starring Gary Cooper.

When drafted in 1917, Alvin C. York initially applied for conscientious objector. When his application was denied, he reported for basic training and proved himself to be a model soldier. While on patrol along the Meuse-Argonne front on October 8, 1918, York and 16 of his fellow soldiers were caught in an ambush behind German lines and suffered heavy casualties. Using his Tennessee sharp-shooting skills, York led the remaining members of his patrol against the German forces, capturing 4 officers and 128 soldiers.

Described by Gen. John “Blackjack” Pershing, Commander of the American Expeditionary Forces, as “the greatest civilian soldier of the war,” his actions from this battle earned him more than 40 awards, including the Medal of Honor and the French Croix de Guerre. 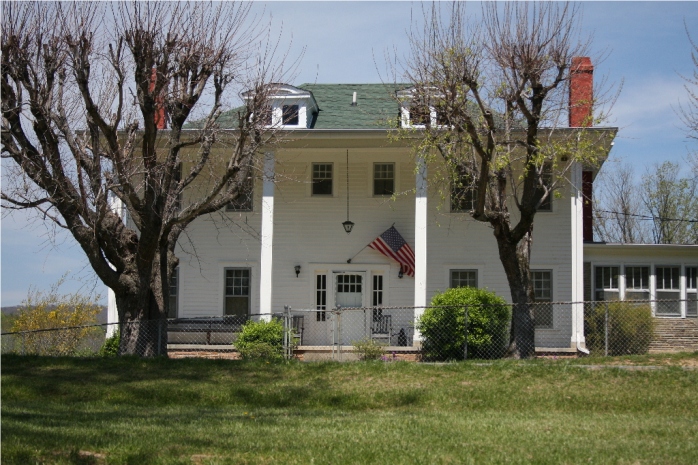 The park includes a visitor center modeled after York’s general store, his two-story house, a grist mill, the York Bible School, and various picnic facilities. A small falls of the Wolf River run alongside, making this an idyllic place to stop.

A reproduction of a World War I trench lies behind the York home, depicting the trench warfare that American soldiers would have encountered in the Great War.

Accessible nearby is Sgt. York’s burial site in the Wolf River Cemetery.

We’ll spend about 50 minutes here before moving on to our lodging for the evening.

← A Night on the Lake
A Utopia in the Cumberlands →