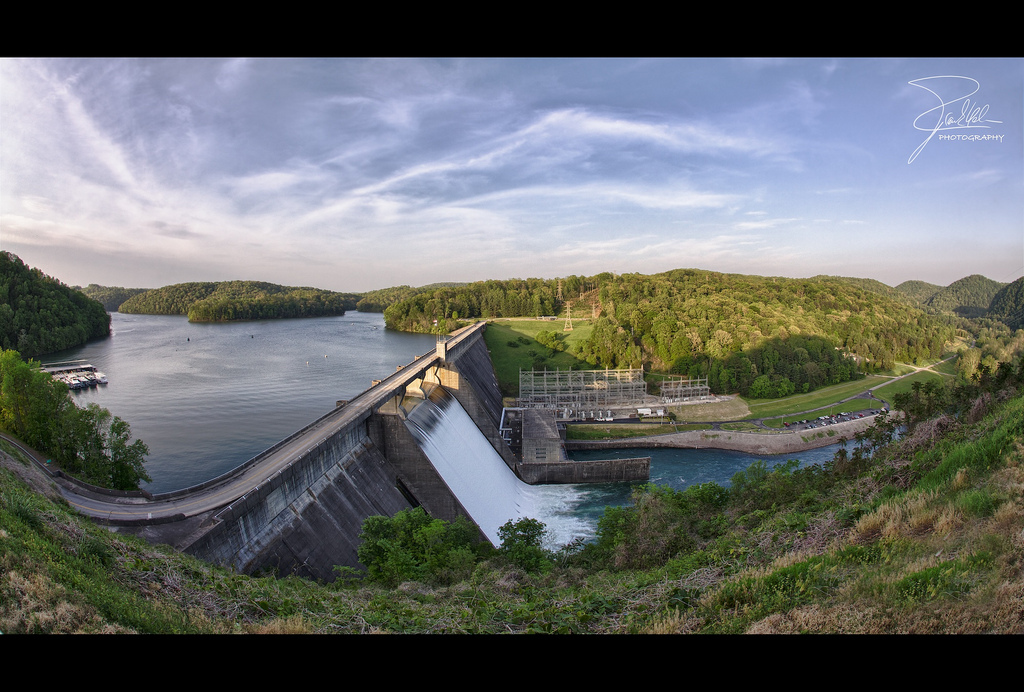 It’s hard to imagine the conditions of the Tennessee Valley before Franklin D. Roosevelt’s New Deal. The Tennessee Valley Authority, or TVA, was designed to bring flood control, navigation, and energy to the vast watershed. The Norris Dam was the very first of TVA’s efforts, with work beginning in FDR’s first year, 1933.

The dam is 265 feet high and stretches 1,860 feet across the Clinch. The reservoir (Norris Lake) extends for 206 miles and contains 809 miles of shoreline.

The TVA built three demonstration parks in the area. These became the nucleus of Tennessee’s state park system. In addition, they built one of America’s first government-owned model towns. This model came in handy a few years later when the War Department set its eyes on that little community of Wheat, which became the massive Clinton Engineer Works of the ultra-secret Manhattan Project. You’ll know it as Oak Ridge, Tennessee.

Even today, TVA is one of the largest employers in the state and it’s frankly hard to imagine what the state, particularly East Tennessee, would be like without it. Its lakes are massive drivers of a recreation-based economy. Its production of hydroelectric, fossil-burning, and nuclear plants provide inexpensive power to industries and homes throughout the valley.

As an engine of economic empowerment, it’s safe to say that TVA was a fantastic investment, and here is where it all began.

← Appalachian Artifacts & Lore
A Town Built in a Crater →