Posted on October 9, 2018 by DTIRoadLife

After a long trip, it takes a little time to decompress and to find the inspiration to post here. Actually writing helps to unclog the pipes, so to speak.

New readers will not be aware that I’ve operated a small, independent bookstore for the last 14 years. Having a small retail store mitigates against frequent travel, so we generally choose a week in October for our “big” trip. Our town chooses October for a frankly mediocre “festival,” and it destroys all local businesses that don’t sell beer, so we decamp for more interesting climes. 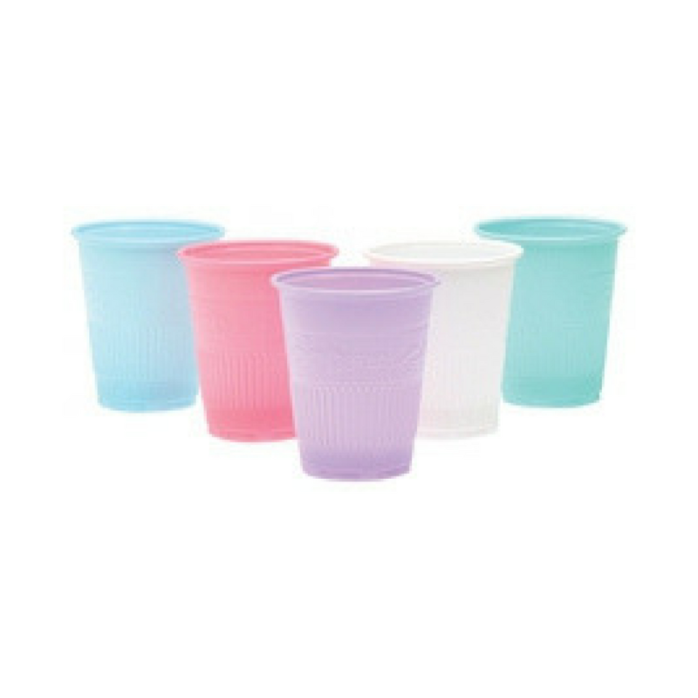 Over the next few weeks, I’ll be sharing from our recent trips (May, July, August, September, and October). But today, I’m delving into the archives for a personal story that should serve as a life-lesson and does double-duty as a self-deprecatory fable.

In our earliest days, we had great hopes for being a place to build an inclusive community. Accordingly, we promoted a series of quarterly community forums dedicated to improving our local business environment.

Our first was dedicated to the proposition that our downtown could be turned from a ghost town into a thriving destination. A panel of citizens discussed how this could be achieved and we drew a standing-room crowd that pushed the limits of our fire-marshal-imposed occupancy limits.

This was “just” before the time when every human extant carried a water bottle. Honestly, it didn’t even occur to us to pay for 5 dozen bottles of water. That just wasn’t done back then. But we did provide plastic cups and tap water for everyone in attendance.

It was March (winter in the U.S.) – only a few months after we had opened our store – and, as previously mentioned, the turnout exceeded our most ambitious expectations. At the end of the event, of course, there were half-consumed cups of water scattered on shelves and tables all over the store.

At the conclusion of the event there were maybe 20 cups with a slurp of water remaining that had to be disposed of. Rather than dump each cup, my assistants chose to pour all the unconsumed water into a single large cup.

I, preoccupied with thanking all the participants but still eager to complete the custodial duties, found myself to be inordinately thirsty. I grabbed up several empty cups for disposal, but when I found a full cup of water, I felt safe in drinking it down, post-haste.

I heard a scream from afar.

I had found the “fill cup,” and had just consumed the late-winter bio-detritus of at least 20 people. I am, of course, today immune to practically all local viral and bacterial organisms, but at a substantial cost to that particular week’s enjoyment of life.

Last night, I told my wife that my travels and my having lived in a variety of places should result in an extended life span. In short, unlike those who have lived in the same place their entire lives, I have only been exposed to local toxins for abbreviated periods and should, thusly, have a few more years.

But on that Wednesday night and for more than a few days after, I learned what intensive exposure vs. extended exposure could mean. Boy, was I sick.

This map spotlights the stops on our 2018 Fall in the Cumberlands tour. The “natural” route is Berea, Ky. to Oak Ridge, Tenn. to Elizabethtown, Ky. 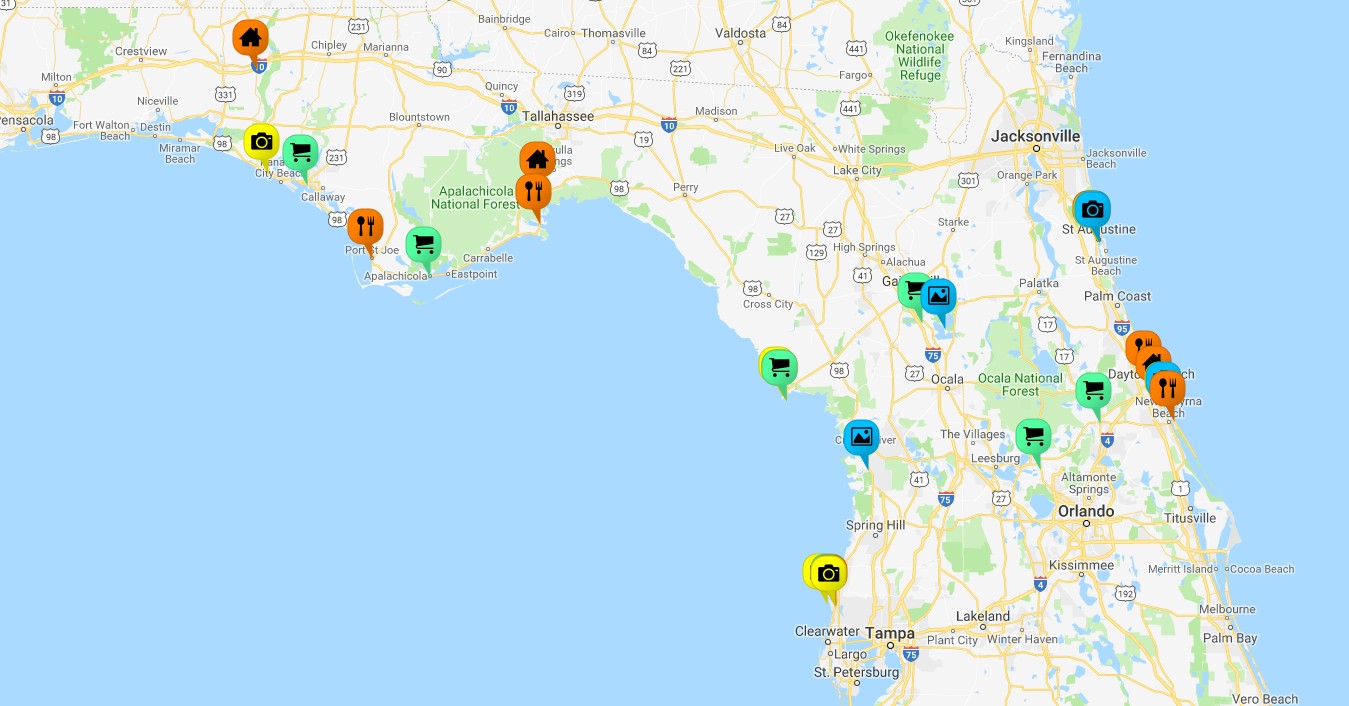 Every tag and every category and every map tag has a story. But today, we’re just sharing a web-based map we created using the tools at tagonmap.com.

It’s not perfect, but it’s useful.

Here’s a tagged map of our 2017 tour of Gulf Coast and Central Florida. Click through for the full interactive map. 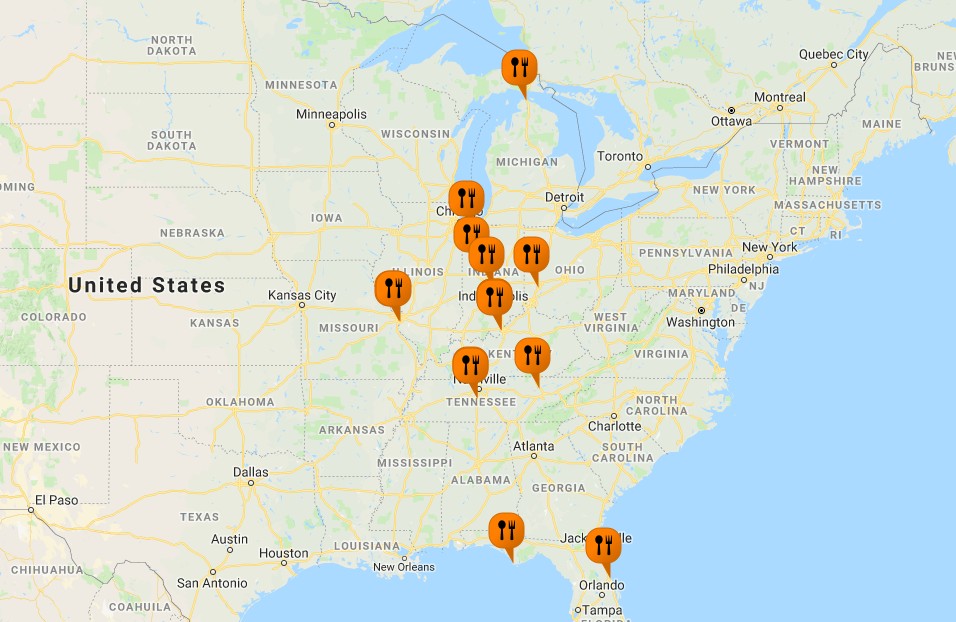 We’re experimenting with a thing called Tag On Map. While we can create some interesting GoogleMaps-based web pages, we haven’t yet been able to share anything other than the link on social media and the embed below doesn’t show the image we are hoping to share.

I have a support ticket into tagonmap.com to try to diagnose the problem or to determine whether the application was ever able to share images.

In today’s environment, merely sharing a link to a web page doesn’t cut it on Twitter, Facebook, or on a blog. I’ve chopped a screen shot below the embed so you can get some idea of its utility. If you know of a better program for creating maps and sharing linked images, please let us know.

Great Eats
Our favorite dining experiences over the years
by DTIRoadLife 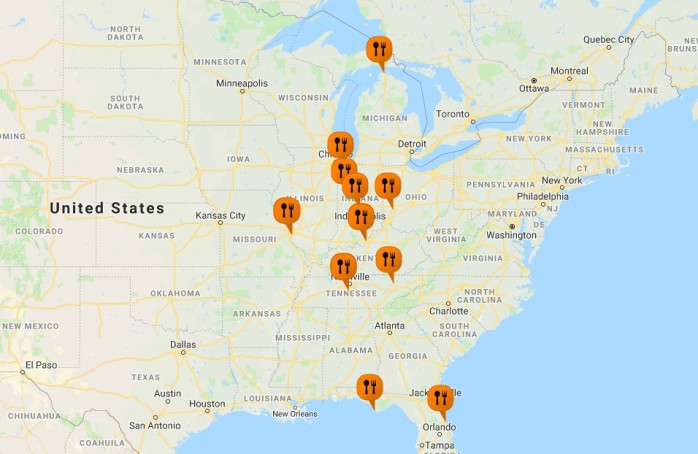 Earlier this month, we recounted some of our impressions of a scouting trip to Franklin, Tenn. We only briefly touched on the the remarkable story of the Battle of Franklin, which, arguably, was the last great battle of the U.s. Civil War.

Certainly, it was a bloody battle. And though the Confederate forces won the battle on a tactical basis, this tangle in Middle Tennessee marked the strategic end of the War Between the States.

This blogger spent his formative years (and beyond) in Tennessee, yet the Battle of Franklin barely registered on my consciousness. Chattanooga (Union victory) and Chickamauga (Confederate triumph) were, of course, familiar, and we visited those battlegrounds. Bull Run and Gettysburg were quite familiar, too.

But Franklin, even though I traveled frequently into and through Middle Tennessee, remained off my radar. Until recently, I was more familiar with the minor skirmish at Stones River (Union win) in Murfreesboro than with Franklin’s claim to Civil War significance.

By the end of 1864, the restoration by force of the United States was all but a foregone conclusion. The rout at Chattanooga, Tennessee (Lookout Mountain and Missionary Ridge, collectively known as the Battles of Chattanooga) in late 1863 allowed Union forces to move on to Atlanta.

There, Union Gen. William Tecumseh Sherman defeated Confederate Gen. John Bell Hood and successfully took the railhead and the city of Atlanta. Hood, unable to harry the Union forces, withdrew to Chattanooga, hoping to cut off Sherman’s supply lines. (By then, rail lines from the north were able to reach Chattanooga through East Tennessee, which was never really ever controlled by the rebel forces.)

Sherman, as much a strategist as a tactician, determined that he could abandon his supply lines and live off the land and embarked on his infamous March to the Sea. This left Hood with few options but to move North and try to seize Nashville. Between Chattanooga and Nashville lay the insurmountable obstacle of the Cumberland Plateau and some 60,000 Union troops deployed in the southern part of Middle Tennessee.

Geography had a greater impact than any civil boundaries might ever have. The paths of rivers had as much to do with military progress as any border might. Following the path of the Tennessee River to Florence, Ala., Hood marshaled his forces for a thrust toward Nashville.

Gen. John Schofield skillfully evacuated northward, fending off Gen. Nathan Bedford Forrest’s cavalry at Columbia, Tenn., with a goal of reaching Union lines in Nashville. But the rapid advance of Hood’s Confederate force made the retreat less than certain. The rebel forces advanced as rapidly as 70 miles in three days and by late November, Schofield was forced to stand and fight at Franklin. The bridges across the Harpeth River were insufficient to allow a retreat to Nashville, so Schofield ordered an entrenchment in the Union-occupied town of Franklin, Tenn.

Hood’s forces caught up late in the day of November 30, 1864, marshaling some 26,000 troops. Sundown would come at 4:30 p.m., but at 4 o’clock, the Confederate forces attacked a strongly fortified town. The attack was across 2 solid miles of open ground, at all times under the guns of the Union forces.

Nonetheless, the rebel forces penetrated the only open part of the Union front, along the Columbia Pike, and close combat ensued as darkness fell. In time, the Confederate forces were repelled, but the rebels took Franklin during the evening.

But Schofield had successfully restored the river crossings and by midnight, the Union forces had crossed the bridges and followed their supply trains into Nashville. Hood’s forces had suffered 6,252 casualties, including 1,750 killed and 3,800 wounded. An estimated 2,000 others suffered less serious wounds and returned to duty before the subsequent battle to take Nashville. “But more importantly, the military leadership in the West was decimated, including the loss of perhaps the best division commander of either side, Patrick Cleburne, who was killed in action. Fourteen Confederate generals (six killed, seven wounded, and one captured) and 55 regimental commanders were casualties. Five generals killed in action at Franklin were Cleburne, John Adams, Hiram B. Granbur, States Rights Gist, and Otha F. Strahl. A sixth general, John C. Carter, was mortally wounded and died later on December 10.

Tactically, Hood’s forces won the battle, although at great cost. His aim was to capture Nashville, proceed into Indiana at New Albany, and then to move eastward to join up with supreme Gen. Robert E. Lee and relieve the siege of Richmond. But the subsequent attack on Nashville was an unmitigated disaster. Hood retreated, ultimately, to Mississippi and his forces were never again a factor in the war.

The impact point of the Battle of Franklin was the Carter House along the Columbia Pike. Today, it is preserved (bullet-holes and all) as a historical site. The nearby Lotz House is also a site that can be visited by tourists.

Carnton, the McGavock Plantation, is perhaps the most moving of the battlefield sites. Although the house itself was beyond the range of Union artillery, it was a central point of attack. By nightfall, it became a wartime hospital and its back porch served as a repository of the bodies of the many senior officers who perished in the battle.

Today, Carnton is an exemplar of both Ante-Bellum architecture and an incredibly impressive interpretive site for Civil War history. Our experience exceeded our expectations. The interpretive guide was knowledgeable and sensitive to the significance of the battle and the compassion of the estate’s owners, the McGavocks.

If one were limited to visiting only one site representative of the Battle of Franklin, Carnton should be the choice. The Federal-style house, a two-story, eight-room plantation house, is quite impressive. The McGavocks dedicated a portion of their estate to a cemetery adjacent to their family plots, in which are interred the Confederate dead from the Battle of Franklin.

The cemetery is open to the public. The Carnton mansion and adjacent garden (quite impressive are available for guided daily tours for a fee.

We were quite impressed with Carnton and its interpreters. If you only have one day to tour, Carnton is the best choice. Their museum (free) provides sufficient information, but the house tour is an essential for understanding the battle, the times, and the neutrality of honoring those men who fought for a cause they believed in.

In sum, Take Life on the Road strongly endorses a day-trip or longer to Franklin, Tennessee.